CRUMB IS CHARLIE
R.Crumb's response to the Charlie Hebdo killings 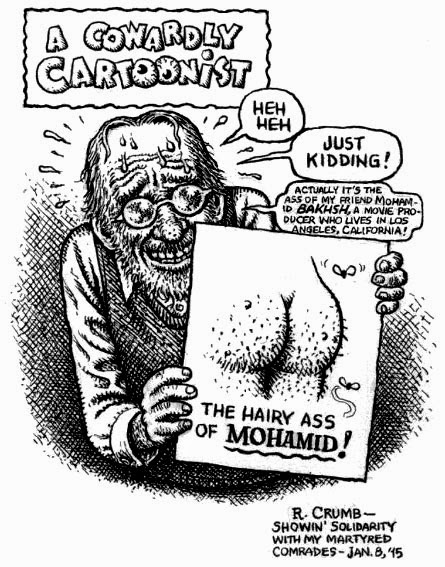 As most fans know, Crumb lives in France. In Paris, on January 7th, 12 people were assassinated in the office of the weekly magazine Charlie Hebdo by Muslim fanatics. Within 24 hours after this, the  French daily newspaper Libération requested Crumb draw a cartoon in memory of and support for the victims. Crumb did, with a provoking cartoon in the tradition of Charlie Hebdo.

A day later, a reporter for the New York Observer interviewed Crumb about the Charlie Hebdo incident, his insight into the slain editor and his cartoon. You can read the interview here: 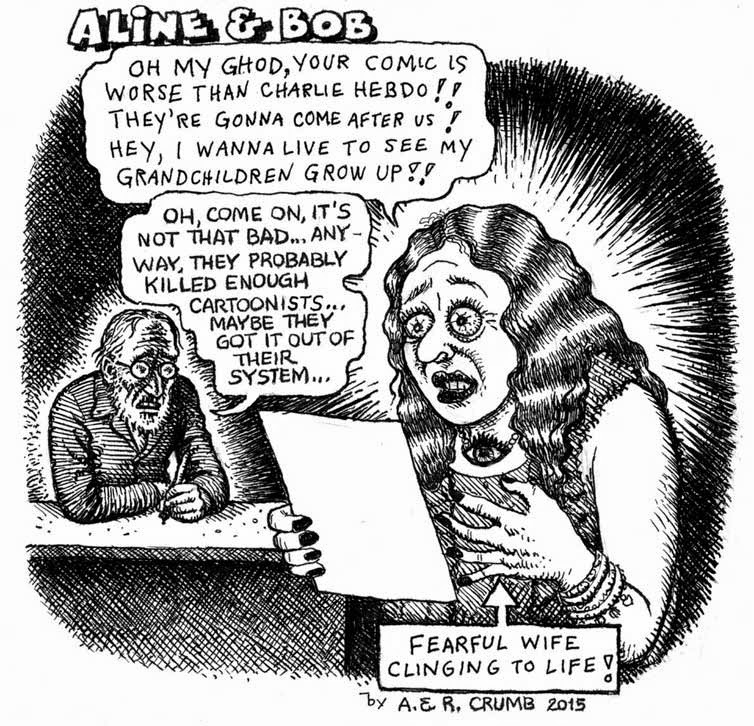 
In early 1976, The Village Voice hired Crumb to do a full page weekly strip of Mr. Natural. Crumb created 40 pages until he could no longer continue the strip. Almost a year later, in 1977, Denis Kitchen proposed they compile the strips into one comic book. Crumb agreed, and then created the front and back covers and then the inside covers to complete the comic. It was first published by Kitchen Sink in 1977. It's been out of print for more than 10 years.


37 years after it was first published, we scanned and cleaned each page of a pristine "first printing" comic book (Crumb's copy). We rebuilt the color pages so there will be no moire patterns. Crumb Comics is now pleased to release another "lost" Crumb comic book – Mr. Natural #3, one complete continuous story featuring Mr. Natural.
Editor Alexander Wood interviewed Crumb about this comic book… what he was going through when he created it and what he thinks about it now. This interview is available on our website at http://www.crumbproducts.com/pages/about/MrNatural3.html 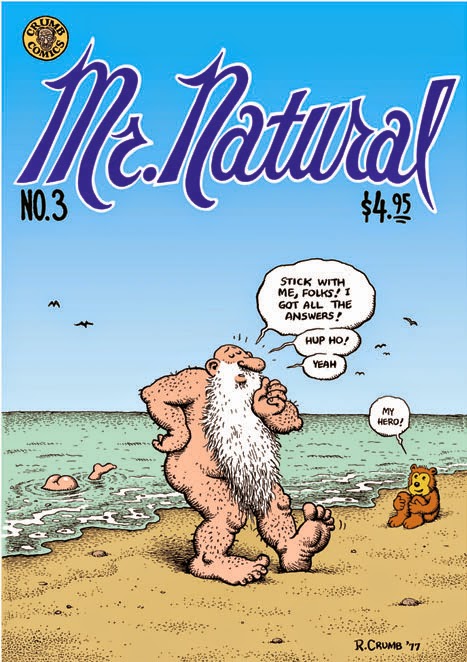 In conjunction with the release of the Mr. Natural #3 comic book, rcrumb.com is pleased to announce the release of the new Mr. Natural #3 serigraph edition. The dimensions and the quantity of this edition are smaller than the usual editions as per Crumb's instructions. The paper size is 15" x 21." The image size is 11" x 15.5." It's a 7 color edition printed on Rives BFK 100% archival rag white paper. There are 70 prints in the edition, with 7 artist proofs and 3 printer proofs.

Because of its smaller size and because of the small amount of colors needed to print this edition, we're offering it at an unusually low price of $290. It is accompanied by a certificate of authenticity which was written by Crumb, and a guarantee for your complete satisfaction or your money back. 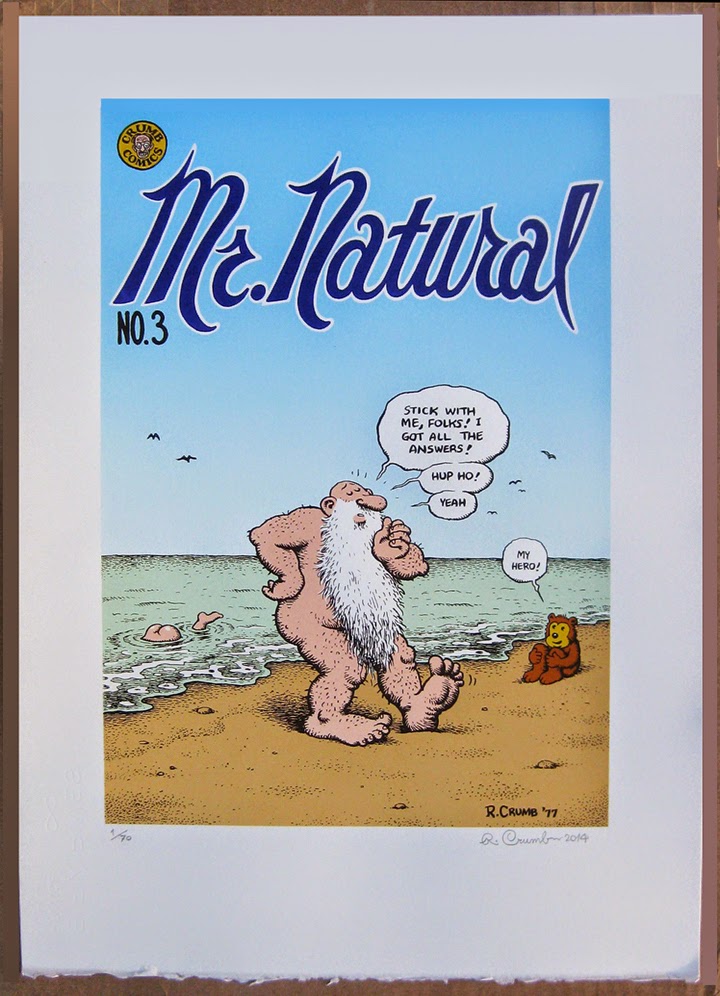